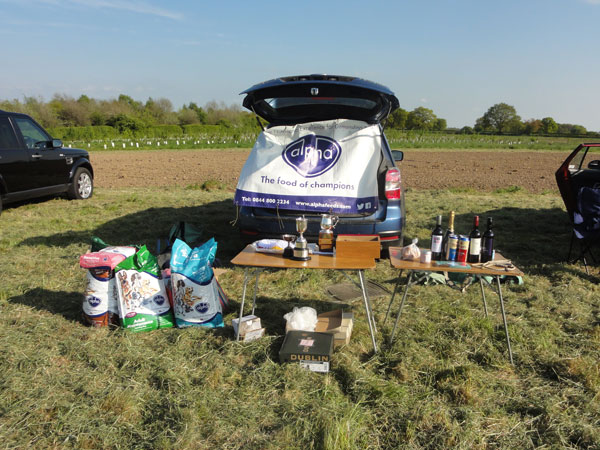 The United Retriever Club (North Midland Area) held an Open Working Test for Any Variety Retriever on Sunday 7th May 2017 at Cubley, Derbyshire by kind permission of The Hon. David Legh. 32 dogs were entered and prizes were generously sponsored by Alpha – the food of Champions.

The weather was warm and sunny, pleasant for dog work and also lunchtime picnics. The judges were Derek Capel and Guy Radford. With Steve Crookes as chief Steward. The morning tests involved a walk-up through a young plantation of trees. The two judges had four dogs in line, for three retrieves each. These were a forward mark, a diagonal mark and a tricky diagonal blind behind the line. After lunch there were two double retrieves. Guy judged near a small pond, with the dogs sent first for a blind, followed by a memory mark across the pond. On rolling pasture Derek judged a double mark, the dog picking one in the middle distance first, then sent back over a brow and out of sight for the more distant one. During the day most all the tests had produced their share of failures, so the number of clean dogs was fewer than usual.
Mr & Mrs Legh and Headkeeper Kim Robinson had watched the afternoon proceedings and were there for the presentations. 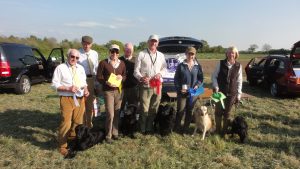