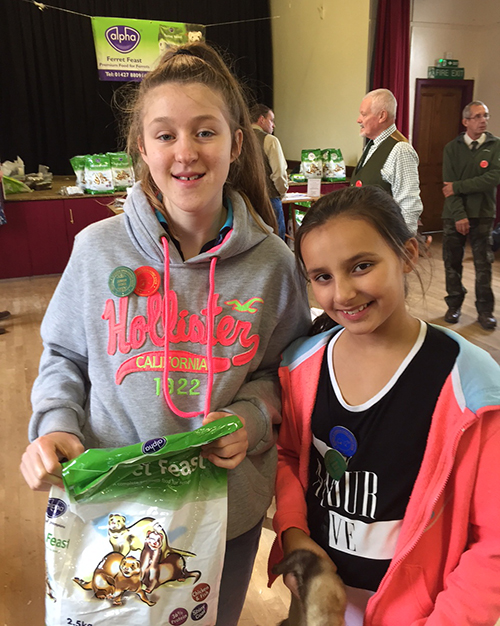 The Kendal and Cumbria Ferret show, sponsored by Alpha Feeds, proved to be a hugely popular event with tourists, local pet owners and working ferreters.

Held near Kendal, in the Lake District the annual ferret show attracted competitors from as far afield as North Yorkshire, The Wirral and Chesterfield.

It was the third show that has been held in the last 18 months, kindly organised by Cyril Winder and committee members to help revive interest in the ferret and educate the public about this funny and feisty animal.
The standard competitive classes were judged collectively, with the entrants in a semi-circle, by three judges with game keeping, farming and country sports backgrounds.

Competitors ranged from youngsters with one or two ferrets, to the more serious show contenders with ferrets in almost every class.

Best in Show went to Muffin, an Angora ferret owned by Roy Fewster, and the Reserve was Maisy owned by Laura Myerscough. Samantha Ahmed’s beautiful ferret, Cleopatra, certainly made an impact with the judges with it’s unusual head markings.

The show also aimed to get young people involved by having a junior judge concept. Volunteer youngsters, supervised and only lightly steered by the three senior judges, picked the winners in the ferret fun classes including handsome hob and longest tail.

The deserving class winners took away with them a red rosette and a bag of Alpha Ferret Feast.