The steward of the beat was Kevin Hughes supervising the walk-ups through fields of stubble turnips or fodder beet, with adjacent deep ditches, and blocks of maize.

The weather was fine and dry for both days. The standard was high, the dogs showing excellent marking ability, and handling when necessary. However runners proved harder to pick. 12 dogs were taken through to the second day, longer cross retrieves helping to sort out the dogs.

By early afternoon the result could be declared, with awards for seven dogs. In its 70 years existence the NGRA has gathered a number of special trophies. These were awarded, together with prizes of dog food generously donated by Alpha Feeds, The Food of Champions.

2nd & The Culzean Cup for the Runner up: Mrs Sally Richardson’s F.T.CH. FRIZELWOOD ODIN OF HARTLEYJEAN. Also the F.T.Ch.Tillwood Theseus of Holywear Trophy for the best marker. 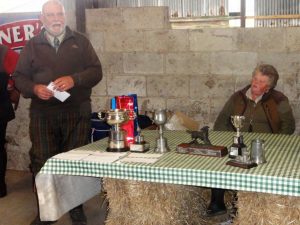 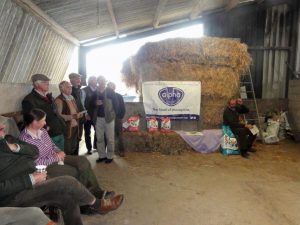 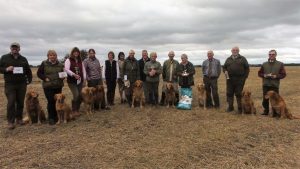