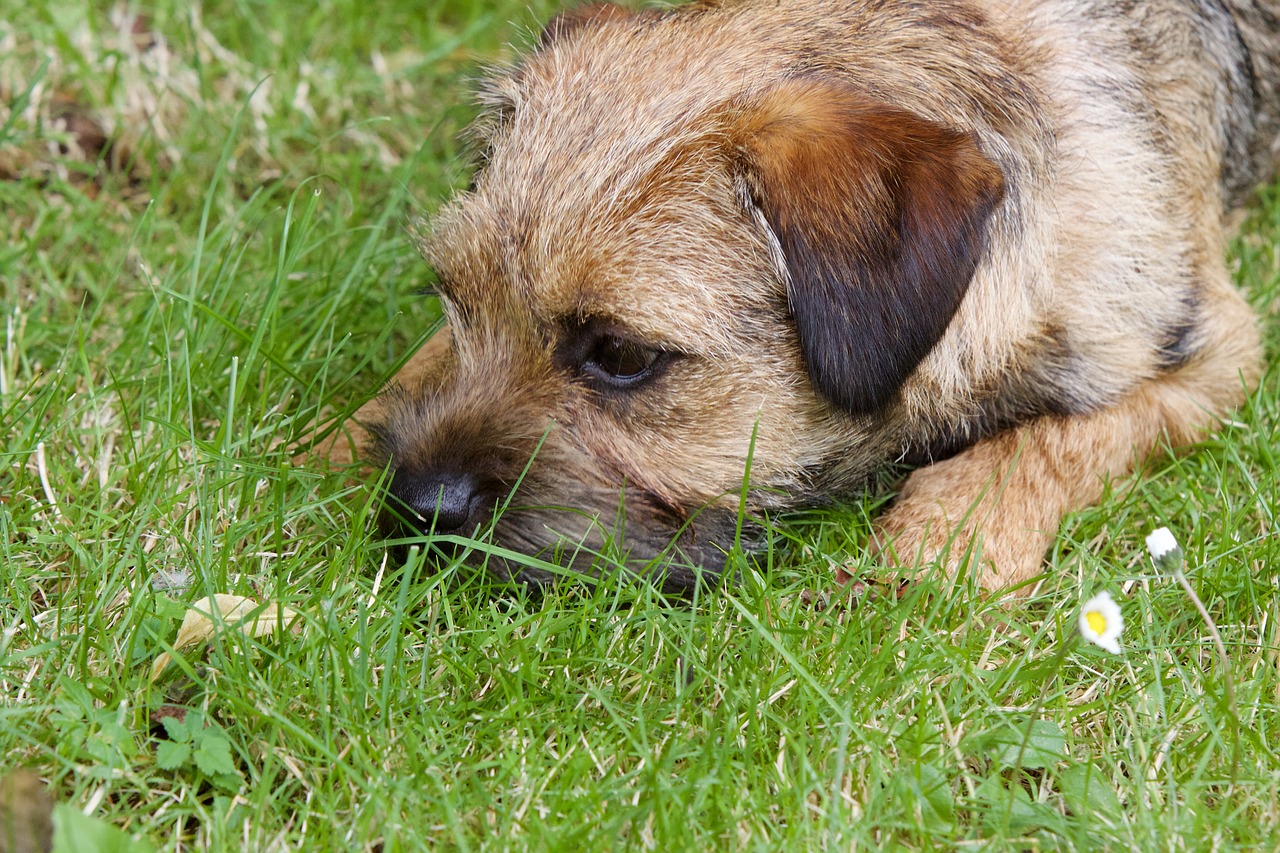 By Annabell DennisFeb 6No Comments

Their coat is naturally dirt repellent, they don’t tend to snore or drool and they are less aggressive than other traditional terriers. Although bred to work, these are dogs that love being part of the family, so human contact is a must.

They were originally bred to go long distances and run alongside horses in hunts, they also had to be strong and stout to control foxes. They have always been bred for their working qualities and are skillful underground (digging and tunnelling) as well as above ground (chasing and tracking).

Border Terriers are happy dogs who generally get along well with everyone from children to strangers. They are vocal around new people and unfamiliar noises but then their friendliness will take over once they are comfortable. They are happiest when part of the family, around humans.

These dogs have hard, wiry coats that enable them to withstand wet and cold, and they come in four main colour variations; red, grizzle and tan, blue and tan, and wheaten. Periodic stripping (every five to six months) will keep your dog looking neat and tidy.

Border Terriers have a powerful drive to hunt and dig, as well as an energy level that enables them to keep up with hunters on horseback. They have also been known to chase, attack and even kill neighbourhood cats, squirrels or other small animals due to their strong instincts.

Border Terriers thrive when they’re with their people and aren’t meant to live outdoors with little human interaction. They are best described as wonderful companions who play hard and love harder.

These dogs are quite adaptable to different circumstances, possibly due to the huge mixture of similar breeds. Country Life describes them best, as: “Less bouncy than the Jack Russell, more rugged than the Norfolk, more assertive in stance than the Dandie Dinmont or the Bedlington-to which he’s related-and more cuddly-looking than his neighbour, the Lakeland, the border’s pansy-shaped face, wise, dark eyes and pepper-and-salt markings give him the enquiring, professorial air of an otter poking its whiskers above the water.” Perfection.

Did you know that the border terrier may well be one of the oldest terriers in Great Britain? As seen in many of the great hunt paintings, they have been used as a hunt terrier by the border Foxhounds since 1869. They were recognised as a breed by the British Kennel Club in 1920 with the formation of the Border Terrier Club and, although never having reached the ring-show popularity of other terriers, they have remained very true to their original form and function.